The new TorqSense SGR530/540 series sensor has its sensing head and electronics in separate housings, allowing the sensing head to probe deeper into machinery By Phoebe Grinter / 28 May 2021 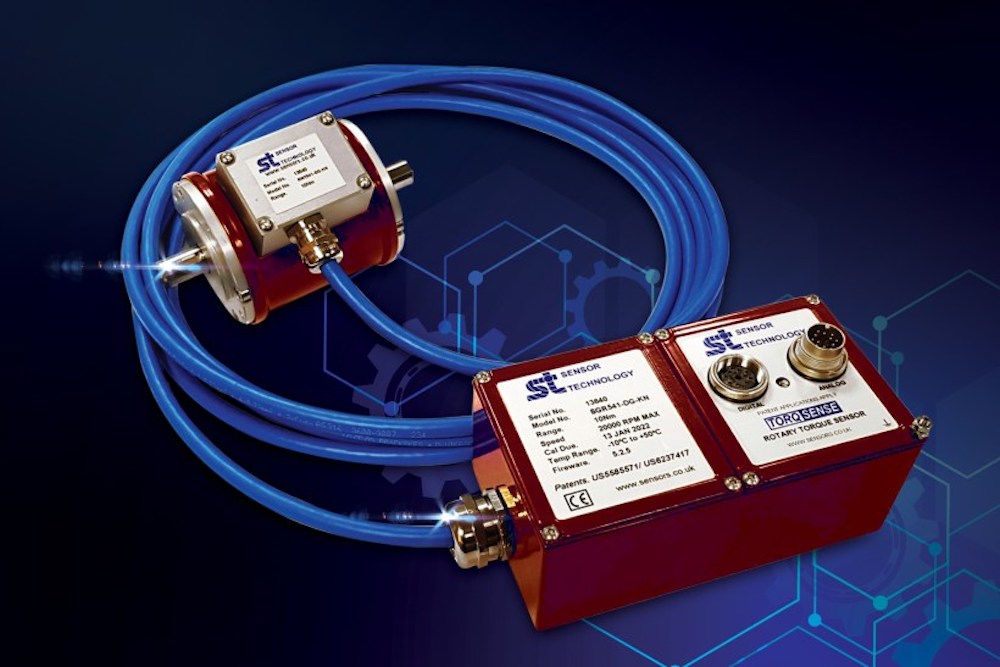 Operating on the same principle as all other SGR510/520 units – namely a full four element strain gauge bridge – the TorqSense SGR530/540 series uses four individual stain gauges affixed to the drive shaft; each measures the deflection of the shaft in a different direction as it rotates under load. The electronics collects readings from all four gauges and calculates the torque value.

Initially launched in sizes up to 500Nm, interest in the SGR sensors was so high that they introduced larger sizes of up to 13,000Nm in December 2020, 6-12 months ahead of schedule.

The new range is designed to accurately record transient torque spikes where previous transducers didn’t have the bandwidth to do so. Now, advances in automation, continuous operation and the increasing need for accurate track and trace data has led to the need for more detailed measurement and analysis, as Mark explains:

“A single spike could indicate say the wrong amount of an ingredient being added to a compound or an over-sized workpiece, both of which could affect product quality. A series of spikes would probably suggest the beginnings of a problem within the machinery, so their detection gives the plant engineers an early warning”.

In use, a rotor mounted ultra-miniature microcontroller, powered by an inductive coil, measures the differential values in each strain gauge and transmits them back to the stator digitally, via the same coil.

Offering high sensitivity and a wide temperature tolerance, the SGR torque sensors automatically compensate for any extraneous forces, such as bending moments, inadvertently applied to the sensor.

Other advantages of the SGR range include elimination of noise pickup and signal corruption associated with slip rings and hard wired solutions, a 400% mechanical overload limit with accurate torque measurement, and multipoint calibration to eliminate linearity errors within the sensor.

All units are accurate to +/-0.1% and resolution to +/-0.01% of the transducer’s full scale. Other features include an adjustable moving average filter, power supply range from 12VDC to 32VDC, user settable analogue output voltages, and RS232, USB, CANbus and Ethernet comms options.