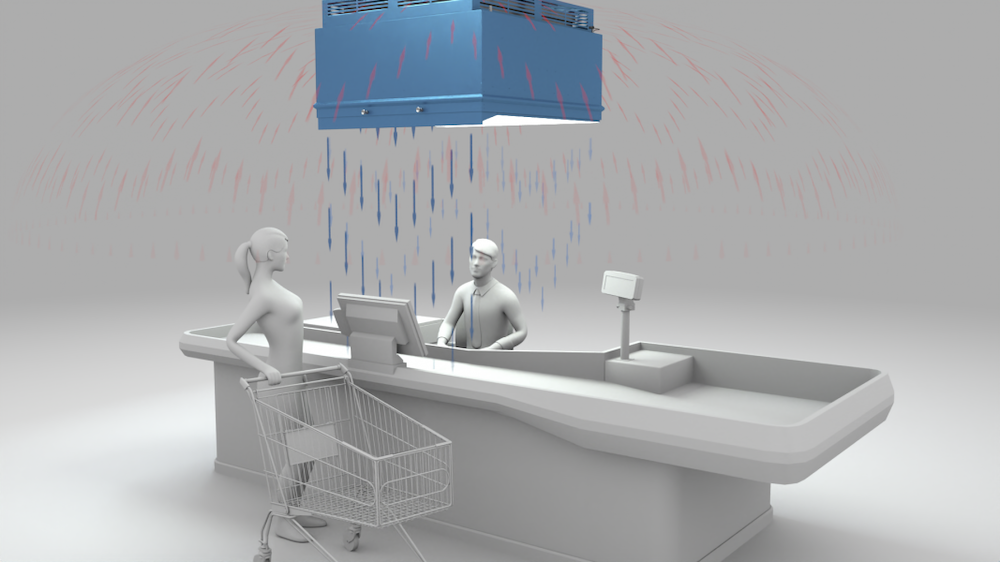 Schulz-Berger has launched its innovative SBC 1200 air circulation module to combat the problem of virus and bacteria-contaminated indoor air in public spaces where constant ventilation is not possible, such as supermarkets, restaurants, and schools.

The filter covers an area of 70-75 m2 and the quiet laminarizer-based air curtain effectively generates a barrier veil via an additional fan, shielding those under the module and proven to prevent droplet infection.

Variohm’s DLTI-U.500 series differential pressure sensors are used extensively for the continuous measurement of pressure differences in air, non-aggressive and non-flammable gases. For the SBV 1200, the sensor and control system monitor the filter saturation through pressure changes and thus the pressure is increased or decreased to balance the system.

Variohm’s DLTI series pressure sensors are based on a housed design with 3 mm diameter tubing and suitable for direct PCB mounting to simplify OEM integration. Variohm’s DPTL series have an identical specification but in a directly mounted PCB format without housing. Their piezoresistive measuring element provides an accuracy of +/- 2.5% FS over a temperature range of  0° C to + 40° C.  They are designed to monitor all types of filtration applications, as well as fans, industrial cooling air systems, ventilation duct flows, or to control air and fire dampers. With 0…10 V or 4…20 mA output and available in several pressure range variants spanning 250 Pa (2.5 mbar) to 5000 Pa (50 mbar), they have generous maximum and burst pressure ratings, and a working temperature range of – 10° C to + 50° C.

High Accuracy Out-of-Liquid Mass Flow Module Launched 26 May 2022
Send Inquiry To receive further information or request a quote, complete your details and a representative from Variohm will be in touch.