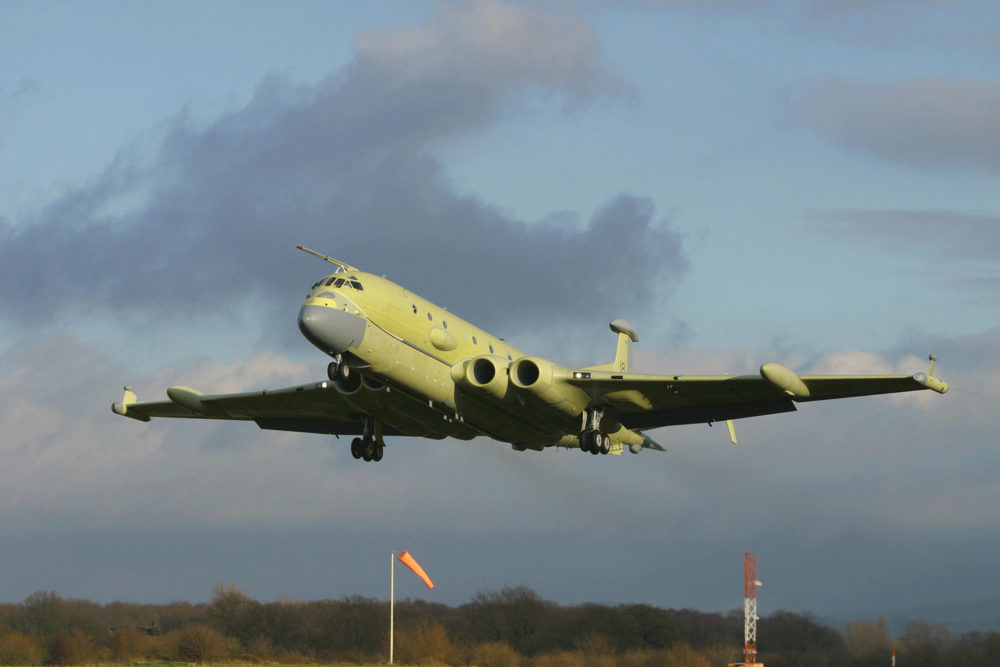 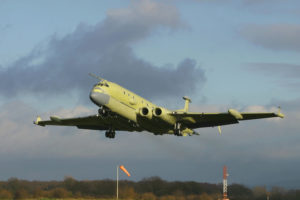 A non-contact torque transducer is helping British Aerospace Systems stay on schedule for the delivery of the new Nimrod aircraft to the Ministry of Defence. Instead of using a complicated and delicate set of slip rings, the TorqSense transducer, developed by Sensor Technology in Banbury, uses a radio frequency (RF) link to constantly monitor the torque in a shaft under test.

The new Nimrod MRA4 is a highly capable maritime reconnaissance and attack aircraft that can be configured for multiple roles including anti-submarine warfare, anti-surface unit warfare and search and rescue. It is due in service from 2009 and will replace the high regarded Nimrod MR2 which has served the navy and the military well for four decades.

The first Nimrod MRA4 made its maiden flight late last year and the project is now moving into a pre-delivery development phase, during which its Iron Bird test rig will be used virtually around the clock to prove the designs of many of the critical subsystems of the aircraft.

The Iron Bird rig is the primary test tool for the integration and endurance testing of the Nimrod MRA4 Mechanical systems. Utilising a reclaimed Nimrod MR2 fuselage as a base, the Landing Gear, Hydraulic system (including actual Engine Driven Pumps), Primary and secondary flight controls are mounted in their correct positions to their correct interfaces. Flight forces on the surfaces, landing gear etc. are simulated by a sophisticated electro-mechanical system attached to the moving elements of the aircraft.

Test data is gathered through a variety of sensors, which have to have as little effect on the system under test as possible. TorqSense, being non-contact, causes no drag whatsoever, so there is not even a need to allow for a constant offset when analysing data from the Iron Bird.

TorqSense is used in conjunction with two tiny ceramic piezoelectric combs glued onto the surface of the shaft under test. As the torque increases the combs open up, changing their electrical resistance proportionally to the change in frequency of the Surface Acoustic Waves (SAWs) caused by the rotating shaft. In effect the combs are frequency dependent strain gauges that measure changes in resonant frequency of the test shaft as the test programme is run. A wireless radio frequency coupling is used to transfer the data signal to a pick-up head.

The same coupling is used to supply power to the strain gauges, possible because the gauges are based on piezo technology so need less than one milliwatt of power. This arrangement does away completely with the difficulties of fitting slip rings and maintaining their contact quality throughout an extended test run.

TorqSense embraces all the advantages of SAW technology, including no load imparted to the drive mechanism under investigation, a broader signal bandwidth than other analogue based technologies and elimination of electromagnetic interference.

In service the Nimrod MRA4 will have a crew of about 10 and have a range of about 6000 miles, allowing to fly to say Buenos Aires non-stop or to stay on station twice as long as its predecessor during a search and rescue mission. It will be powered by four Rolls-Royce BR710 engines, so will have a high level top speed of 600 miles an hour yet is whisper quiet during low level activities.

Described as a technological step change from the MR2, it will bristle with new electronics technology, much of it highly classified