The new PurgeNet sensor from Huntingdon Fusion Techniques is intended to predict when moisture will form on surface of a joint during the welding process. By DA Staff / 31 Jan 2021 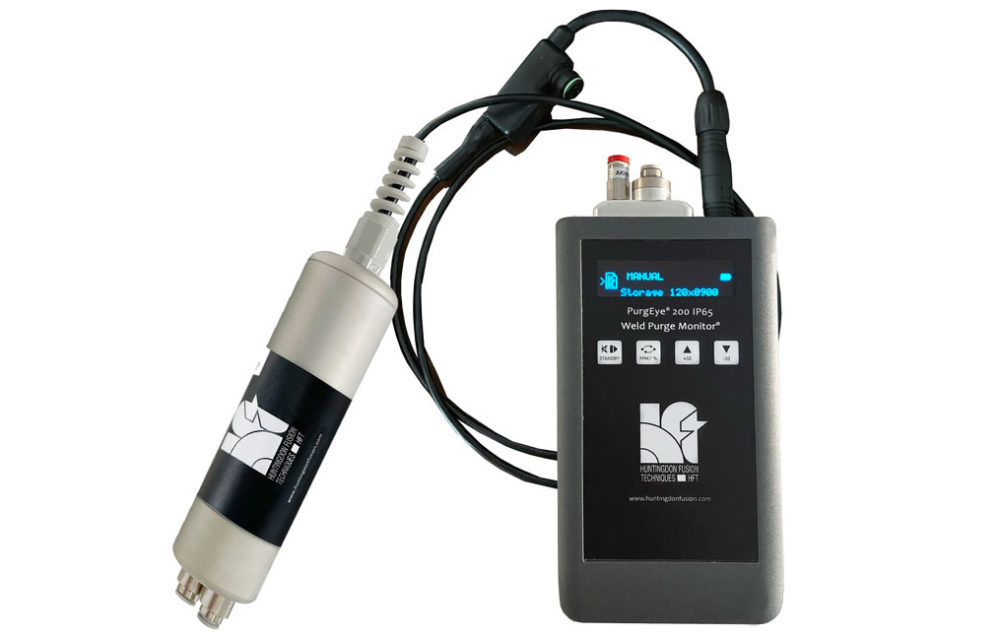 Huntingdon Fusion Techniques HFT has developed a new dew point sensor, the PurgeNet™ Dew Point Purging Gas Moisture Sensor™, to predict when moisture will form on surface of a joint during the welding process.

The presence of moisture on the joint surface can create porosity in the weld metal, so it is important that the dew point is monitored so that welders are made aware when moisture is likely to be present.

Ron Sewell, Chairman for HFT said: “Under arc conditions, water is broken down into hydrogen and oxygen in atomic form which, when present in weld metal, cause porosity and are known to create cracking in the weld joint. Water can form as moisture on metal surfaces while welding, so it is crucial to be able to measure ‘Dew Point” while welding lengthy critical joints as conditions can change during the welding process.”

“The PurgeNet™ Dew Point Purging Gas Moisture Sensor™ accessory has been designed to integrate with most of the Argweld® Weld Purge Monitors® via the PurgeNet™ lead that is supplied with them, thereby giving values and water present on the same screen. In this way, the user is not forced into the purchase of an expensive, separate Dew Point Monitor that will give its reading elsewhere.”

The PurgeNet™ Dew Point Purging Gas Moisture Sensor™ is designed to fit any of the Argweld® Weld Purge Monitors® that read down to 1ppm, which includes the PurgEye® 200, PurgEye® Desk, PurgEye® 600, PurgEye® 1000 and the PurgEye® Site.

Data is displayed on the OLED screen of the Weld Purge Monitor® in split format, so both oxygen (02) and moisture (H20) content are shown as ppm value.