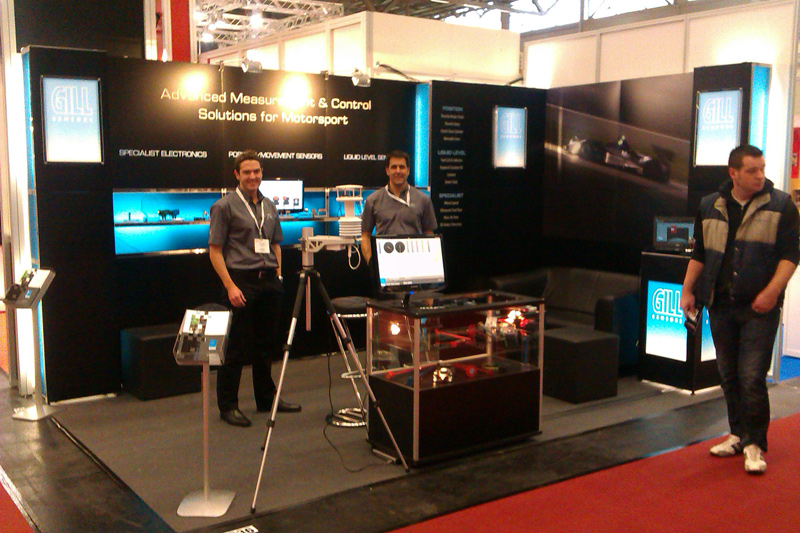 Gill Sensors exhibited for the seventh consecutive year at Professional MotorSport World Expo in Cologne on 13th-15th November. With an attendance of over 7,000 motorsport professionals and 250 exhibitors, the three day event, targeted specifically at the motorsport industry, provided the perfect location for Gill to showcase some of its latest technical innovations.

Gill launched the new Blade20 position sensor at the show, which is the fastest, smallest and highest resolution standard position sensor developed by Gill to date. The modular product allows for rapid customisation of the back-end mounting section by the factory, making the product suitable for an extremely wide range of applications and installations. The product attracted a lot of attention from designers and developers of transmission systems in particular for the monitoring of dog ring position.

The Blade20 was displayed on the stand with the full range of standard and custom non-contact position sensors, and alongside the much-anticipated new ultrasonic fuel flow sensor which has been developed to provide extremely accurate, real-time fuel flow data.

The original prototype fuel flow sensor was first showcased at PMW Expo in 2011, and since then the product has undergone an extensive dyno and car testing programme, with 19 on-car tests within Formula 1, Le Mans and other endurance formulas.

The product received a significant amount of interest from show visitors and the media alike, following extensive coverage in recent months and increased focus on the 2014 F1 and WEC regulations.

Gill Sensors will next demonstrate its range of liquid level, position, speed and flow sensors along with the MetPak weather station during Autosport Engineering from 10-11 January. Be sure to visit Gill Sensors on stand E433 to find out more.