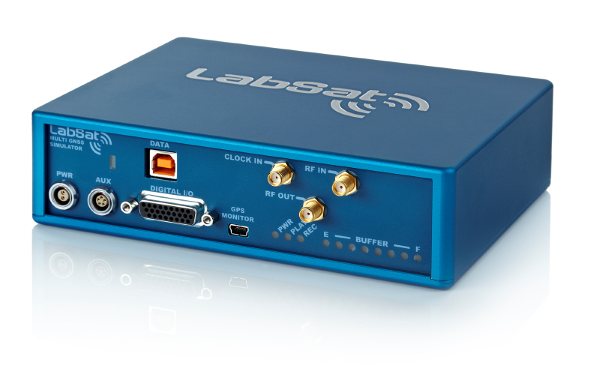 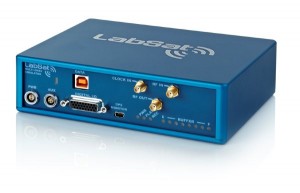 Responding to the increasing need for developers of GNSS devices to be able to test GLONASS enabled systems, Racelogic have launched LabSat 2: a dual channel unit capable of recording, replaying, and simulating GLONASS data in addition to GPS.

The new product follows the success of the first LabSat GPS record and replay unit which was launched in 2009, and transformed the way manufacturers test and develop navigation devices. LabSat is now used by leading OEM and mobile device companies such as Bosch, Denso, Garmin, Nokia, RIM, and Thales to test their devices in real world, yet repeatable conditions. 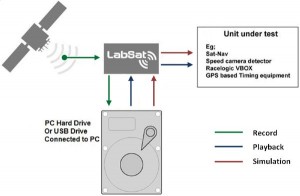 With its ability to record and replay GPS-L1 and GLONASS-L1 data, LabSat 2 answers the demand for efficient and accurate testing of the increasing numbers of professional and consumer GNSS featured products.

One of the problems with conventional GNSS simulation until now has been the inability to reproduce real world conditions accurately. The need to understand effects such as the built environment and atmosphere on devices has therefore meant that products must be taken out into the field and laboriously tested. Because conditions are always changing, there is little consistency between tests.

The capacity of LabSat 2 to record and replay real-world data means that common conditions can be repeatedly reproduced on the bench, cutting development times as manufacturers no longer need to undertake multiple, often unreliable physical tests in the field. 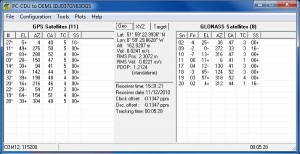 Using a computer with a USB 2.0 connection, it records raw signals from a GPS / GLONASS antenna(s) directly to hard disk, with no limitations on the number of satellites being tracked or the length of the recording.

When the data is replayed, the GNSS engine under test will re-create all the movement and satellite reception encountered, including original environmental effects.

Alternatively, for data without artefacts, LabSat 2 can simulate dynamic scenarios anywhere in the world using the optional SatGen software.

External modules allow additional signals to be recorded, such as inertial, serial or CAN data, and replayed at the same time, perfectly synchronised with GPS. Racelogic’s Video VBOX can also be connected, enabling test engineers to synchronise the data with multi camera video for a visual reference to testing and a real time graphic overlay.

Incorporating all these features into a product the size of a paperback book, LabSat 2 is highly portable. For use out of the box, it comes bundled with a 250 GB USB drive with pre-loaded recordings included. And with prices starting from $13,040, LabSat is a worthy competitor to larger, more expensive systems.