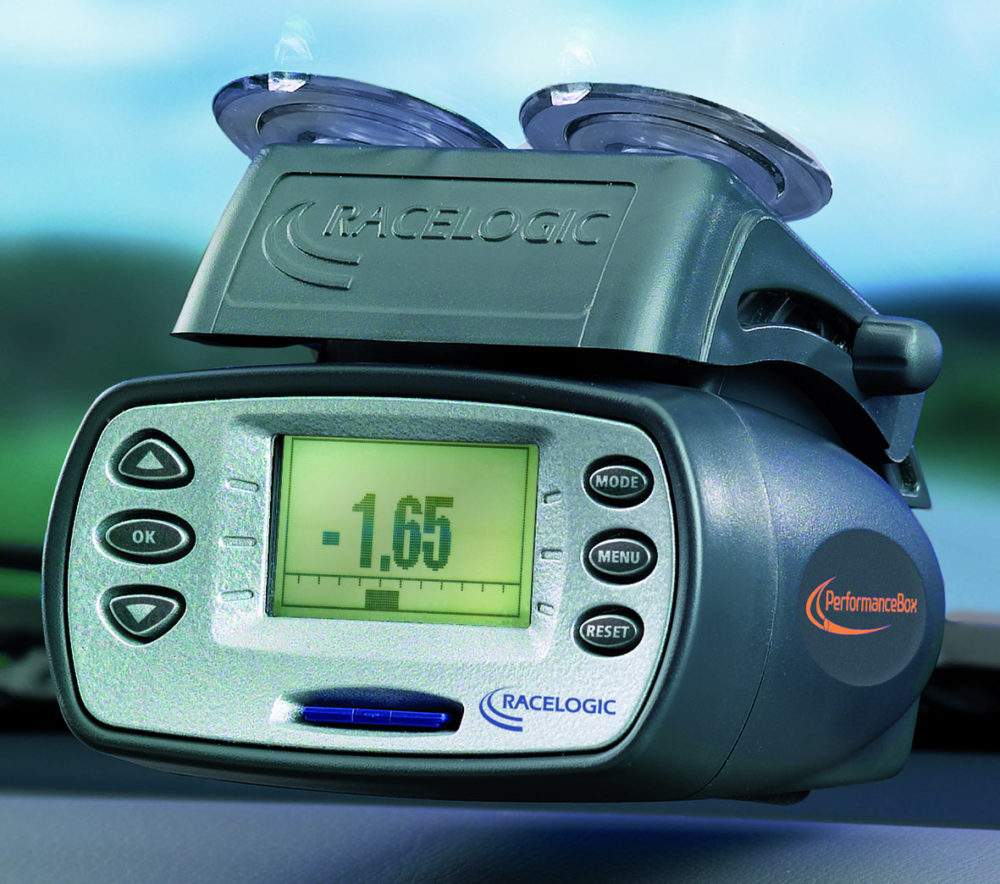 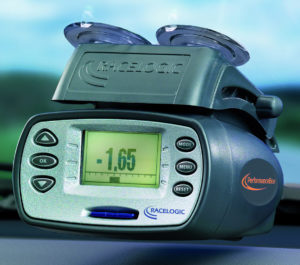 Predictive lap-timing is a great way of giving instant feedback, which in turn helps a driver quickly find valuable improvements in times.

Using a sophisticated GPS based algorithm, Racelogic have launched an upgrade for the hugely popular PerformanceBox which adds a real-time Predictive lap-timing function to the Performance tests and Data-Logging modes which already exist.

Predictive lap-timing works by comparing your current lap with your previous best, and showing the difference in real-time. When you take a corner better than before, you can instantly see how much you have gained, rather than waiting for the end of the lap, which is often too late.

You can also try out many different techniques around one-lap to find out which ones work immediately, saving valuable track time.

Recently released as part of Racelogic’s OLED display and Video VBOX range, the new Predictive Lap-timing upgrade is now being launched for Racelogic’s PerformanceBox and DriftBox products at the UK Autosport show in January.

Racelogic claim that this makes their range of low cost performance meters the best value Predictive lap-timers on the market – with a starting price of just £299+VAT. (For the existing 10,000+ owners of Racelogic’s low cost Performance Box and DriftBox GPS data-loggers, it will be available as a free downloadable upgrade).

How does Predictive Lap-timing Work?

The ‘LineSnap’ algorithm featured on the PerformanceBox products is a real breakthrough in technology, as it uses GPS position to accurately line up the laps.

The traditional way has been to use elapsed distance, either from a wheel-speed sensor or calculated from GPS velocity.

However, this method is not accurate due to the different lines a driver takes during a typical lap of a circuit.

Our studies have shown that even a professional driver can have a variation of up to 12m on a short, 1.5km circuit, leading to an error of almost 0.4s at the end of a lap using traditional methods.

By using GPS, this error drops to less than 0.1s, even around the 21km Nurburgring where normal Predictive lap-timers simply cannot be used.

PerformanceBox and DriftBox
Performance Box and DriftBox are already very popular. With their ability to record speed, acceleration, lap-times, power, and numerous other parameters, they can be found on race and track day cars, magazine road tests, and even vehicle proving grounds. The addition of Predictive lap-timing promises to add a new dimension to these powerful products.

Julian Thomas, MD of Racelogic, said: “We are very excited to offer such a sophisticated Lap-timing facility to the PerformanceBox, which has already proved to be one of our best selling products. We think customers will be astounded by the value for money this product now offers, and Racers, both professional and amateur, will love it.”

Pro Racing driver Nigel Greensall has been one of the first to use this new product. He commented: “I’ve used Predictive lap-timers many times in the past, but this new LineSnap technology beats them all because it remains accurate at all times, and the display is very clear. It’s especially useful in races where testing is limited, as it means you don’t need to keep going back to analyse the data.”

A sign of things to come
“Once you have used this technology in your track day or race-car, you won’t ever want to be without it again,” Julian predicts. “You quickly learn where to gain time, and you can make big gains in consistency. For instant feedback on driving technique and line, this kind of Predictive display cannot be beaten.”

Free download
Racelogic’s Predictive lap-timing will be available as a free firmware download for existing users, and included in every new Performance Box, DriftBox, and VBOX Mini from 13th January 2011.

To celebrate the launch of ‘LineSnap’ Predictive Lap-timing, Racelogic are offering Performance Box for £299 with no VAT charge, at Autosport only, stand 7535.

The increasingly popular Video VBOX range of multi camera video and GPS data-loggers will also be in action on the Racelogic stand, with special show offers for Video VBOX Lite and Video VBOX Pro.