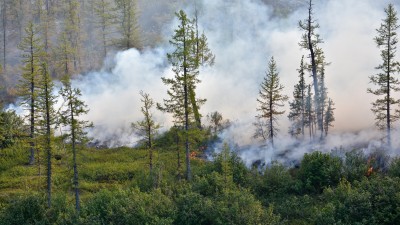 Bosch Sensortec’s BME688 sensor is being used to bolster the detection of and response to wildfires.  The BME688 sensor can detect forest fires before they develop into open fires by measuring various gases such as carbon monoxide and hydrogen. Dryad Networks uses the gas sensor to fight against climate change with the launch of Silvanet, its large-scale IoT (Internet of Things) network for the ultra-early detection of wildfires.

Attached to trees, a network of thousands of BME688 sensors are collecting data throughout forests and are connected to a central server for wide area monitoring. Dryad is using Bosch’s BME AI-Studio Server, a fully automated headless version of BME AI-Studio that enables automatic collection, labelling and partitioning of sensor data as well as automatic training of machine learning algorithms. All of this can be controlled through a newly developed API. Customers can run their own instance of AI-Studio Server on-premise, making data protection a no-brainer with a developer-friendly setup using docker compose.

Thanks to the fully computational process it is possible to dynamically collect data from all sensors in the field, to retrain and continuously improve the algorithm. As the loop is further closed, AI becomes a fully integrated part of IoT systems.

How do Wildfires Affect the Environment?

Wildfires have a massive impact on the environment: They are responsible for up to 20% of annual global CO₂ emissions and endanger not only the lives of humans, but also of animals, and thus have a devastating impact on biodiversity.

When it comes to wildfires, time is of the essence. A solution is needed that detects fires early by detecting smoke, hydrogen and other gases released by pyrolysis in the early stages of a wildfire, buying firefighters valuable time to extinguish the fire before it spreads out of control.

Dr. Stefan Finkbeiner, CEO Bosch Sensortec said: “According to the Bosch guiding principle “Invented for life,” we want to improve people’s quality of life and safeguard the livelihoods of present and future generations. Sustainability, climate and nature protection play a central role in this”.